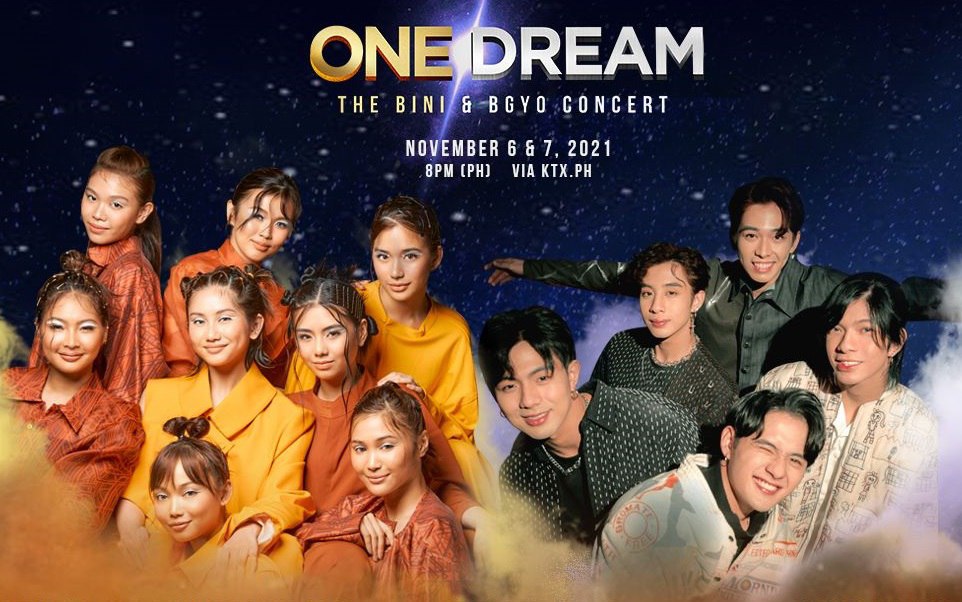 BINI and BGYO concert on November 6, 7

P-pop sensations BINI and BGYO will perform their original songs live for the first time in their two-night virtual sibling concert, “One Dream: The BINI & BGYO Concert,” on November 6 and 7 on KTX.PH, iWantTFC, and TFC IPTV, following the release of their chart-topping debut albums “Born to Win” and “The Light” this month.

These milestones come on the heels of the siblings’ amazing album releases, with BINI’s “Born to Win” and BGYO’s “The Light,” both released a week apart, reaching the top of the Philippines’ iTunes Albums Chart. All of the songs from both albums are also charted in the top 20 on the iTunes Philippines Songs Chart.

Get regular updates by following BINI ph and BGYO ph on Facebook, Twitter, and Instagram, and subscribing to their official YouTube channels, BINI Official and BGYO Official. Watch “One Dream: The BINI & BGYO Concert” on KTX.PH, iWantTFC, and TFC IPTV on November 6 and 7.